History of MySQL from AB Corp to Cloud Database

Ignore a table from backup in mysql

December 13, 2018
Sometimes it happens that you need to ignore a table from backup due to any reason like 1. Table size is big, we keep log in that data. 2. Table that don't need to copy in backup. 3. Database copying from prod to test and some tables don't need in backup file. Generally when we create backup in single dump file it consolidate all db schema and data and if we need to exclude any table of sets of tables, then we need to use "--ignore-table" clause in mysqldump command. Syntax is as below. mysqldump -h <host> -u <username> -p <schema> --no-create-info --ignore-table=schema.table1  > db-data.sql Thanks for reading Plz dont forget to like Facebook Page.. https://www.facebook.com/pages/Sql-DBAcoin/523110684456757
Post a Comment
Read more

How to grant all privileges in mysql8

December 02, 2018
Hello Friends, How are you, hope you are doing good. Cold have been started in the country, specially northern India and I also started mysql 8.0 on AWS RDS instance. Yesterday I was trying to give full permission to new created user from all the IP in mysql 8, It started giving me error 1406 . I was using below query to give permission, as the same we were using earlier in all versions. grant all privileges on *.* to 'youngdbauser'@'%' with grant option; Above query gives error 1406 in mysql 8.0. After lots of trying and dig inside error and mysql portal. Then I created user with full permission in create statement only. This is the new statement with create user which I seen in mysql document portal. create user ''youngdbauser''@'%' identified by 'mypass'; grant all privileges on *.* to 'youngdbauser'@'%' with grant option; It resolved my issue. Summary : Now you can must specify the user's local during
Post a Comment
Read more

Waiting is over MySQL 8.0 is Available on AWS RDS

What is Data virtualization

November 08, 2018
AWS documentation also says horizontal physical partitioning of large table data is best practices instead keeping all in one physical file. There are advantages and disadvantages to using InnoDB file-per-table tablespaces, depending on your application. To determine the best approach for your application, go to InnoDB File-Per-Table Mode in the MySQL documentation. We don't recommend allowing tables to grow to the maximum file size. In general, a better practice is to partition data into smaller tables, which can improve performance and recovery times. One option that you can use for breaking a large table up into smaller tables is partitioning. Partitioning distributes portions of your large table into separate files based on rules that you specify. For example, if you store transactions by date, you can create partitioning rules that distribute older transactions into separate files using partitioning. Then periodically, you can archive the historical transaction data th
2 comments
Read more
More posts 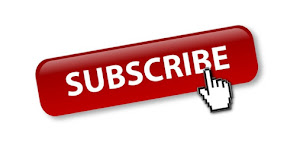